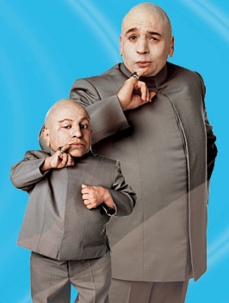 I was conversing with a young friend in the computer industry the other day. He enthusiastically informed me that he had finally got a new *Minion* at work, and life couldn’t be better! It got me to thinking…What is a minion and how can I get one? He explained that this individual had been hired to assist him in his work and his job description was whatever my friend needed him to do.

If you are scratching your head at this moment asking yourself..minion? Isn’t that like slavery? And slavery is not acceptable, right?

Well, A minion is usually known today as a follower devoted to serve his/her master relentlessly in a negative way. The Austin Powers movies featuring Dr. Evil and his Mini Me were always working together evilly  to rule the world!!! 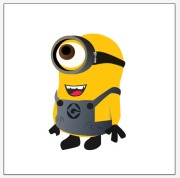 In the movie Despicable Me they are depicted as weird little beings that were extremely devoted, but a little dumb.

So I did some checking and found that the concept of a minion was a bit more complicated than that.

Meaning: A servant’s heart, dependent (on Him), highly favored (by God)… yup! “Minion defined for Kids” says, “A person who obediently serves…”Middle French mignon darling( First Known Use: circa 1500)
Darling? Yup I definitely need to get me a minion.

A Wife, Mother, Grandmother with tons of experience in the arena called *Life* I love information, and endeavor to utilize it as practically as possible. I have worked as a Healthcare coordinator, HR Manager for over 26 yrs, and still employed (19 +years) as a Property Manager of a large complex (I joke that I’m the mayor of a small city). I have raised 4 children, one of whom (a daughter) ❤️has recently completed suicide,which has changed my life forever. I have 8 lovely grandchildren. I love to write poetry and short stories, cook, explore religious experiences and be in charge of stuff :) View All Posts

One thought on “Minions~ For Everyone”

This site uses Akismet to reduce spam. Learn how your comment data is processed.